Potosí, generally known as the Imperial Villa of Potosí, is a city in southern Bolivia located at the foot of the Cerro Rico (Sumaj Orcko) at more than 4,067 m.s.n., its history is closely linked to silver. In 1650, was the most populous city in the world with about 160,000 inhabitants, more than London, Paris or Madrid, given the generosity of the imposing Cerro Rico that houses inside the most coveted silver veins in the world, with whose production of could have built a bridge between Potosí and Madrid.

In 1987, Potosí was declared a Cultural Heritage of Humanity by UNESCO, this city remains intact, not only in its architecture, but also in what it means the presence of the original cultures; in its landscape stands the imposing Cerro Rico in combination with the set of buildings, churches and towers with decks characteristic of the colonial era. Its architectural heritage is represented by numerous colonial buildings, such as the Gothic-style Cathedral, the Casa de la Moneda, which was built between 1757 and 1773, which preserves imposing colonial archives. 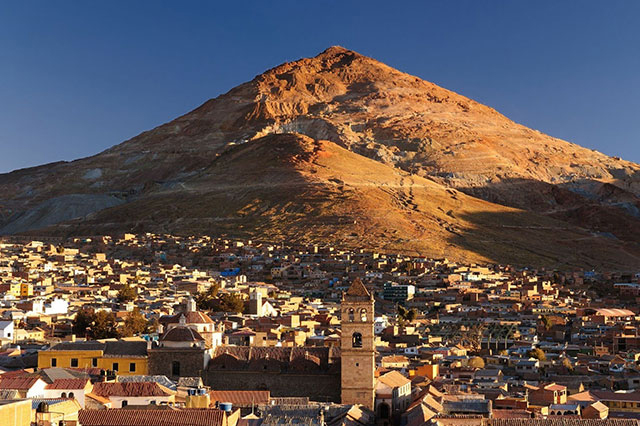