La Paz, officially our Lady of La Paz, is the seat of government of the Plurinational State of Bolivia, located in western Bolivia, 68 km southeast of Lake Titicaca, La Paz is located in a canyon created by the Choqueyapu River. Surrounded by the high mountains of the high plateau, among them the imposing Illimani snow, whose silhouette has been the most important emblem of the city since its foundation at a height of 3650 m.s.n.m La Paz is one of the highest cities in the world, due to its elevation, La Paz has a subtropical climate of height, with summers rainy and dry winters.

It is the most indigenous city and at the same time the most cosmopolitan of the country. People from all regions come together, as well as immigrants from other parts of the world, there are diverse cultural conceptions and ethnic expressions that imprint the distinctive physiognomy that distinguishes it. Thanks to its geometrical and urban configuration, it allows the newcomer to easily orient himself in the city and feel permanently challenged by the changing climatological facets.

La Paz also stands out as an important cultural center at the Latin American level due to its colonial legacy and indigenous presence; it houses several monuments and important sites, such as the Basilica of San Francisco, the Metropolitan Cathedral, the Murillo Square and Calle Jaén. The city is also known for its unique markets, particularly the Witch Market and its vibrant nightlife. 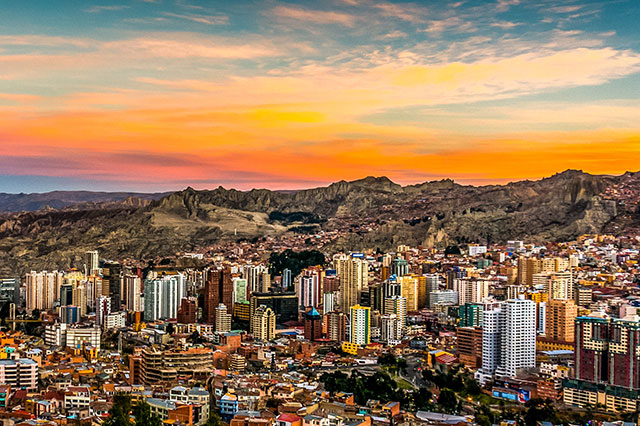